What You Need To Know About Chimney Crowns - Chimney Repair Pros

All About Chimney Crowns

Your chimney crown protects your chimney from water damage entering through small cracks. Some experts believe that less than one percent of all chimneys are properly crowned. Most bricklayers simply finish off the chimney with brick mortar – this is probably due to expediency or lack of education. In either case, this ultimately leads to severe damage, especially for those who live in parts of the United States where freezing is an issue. 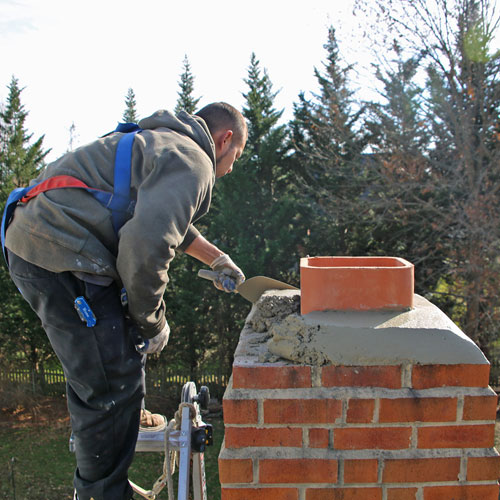 Why Are Chimney Crowns Important?

Without a proper chimney crown- or if you have a cracked one, rain water seeps into the bricks and mortar of your chimney structure. In the winter this water constantly freezes and thaws. When water freezes, it expands by about ten percent turning small cracks into large cracks and causing “spaulling” (peeling) of the bricks, and deterioration of the mortar.

Even minute amounts of water can result in brick flaking, mortar deterioration, and unsightly salt deposits on your chimney. Without a good crown that has been sealed your chimney does not have any protection. Eventually, the bricks
and mortar break up enough that the chimney is no longer structurally sound.

How To Tell If Your Chimney Crown Is Properly Built

If your crown is not built like this, as important as chimney waterproofing is to everyone, it’s even more important to you! While checking your crown, be sure your bricks are not soaking up water, be sure your flashing at the roof-line is sealed, and that you have a chimney cover! 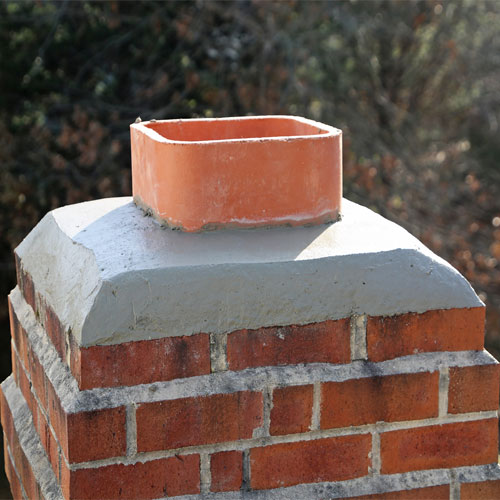 While your entire chimney needs to be protected, your crown is particularly vulnerable. For protection from freezing and thawing, the crown must be sealed with a durable sealer, such as Crown Coat by Saver Systems or Flexible Crown by WeatherTite Industries.

Call your chimney sweep to have your chimney inspected for water damage. What might appear to be minuscule damage may only require one more season of wet weather to ruin your chimney. Modern crown materials allow for quick, affordable repairs while your cracks are still only small cracks. It is a hard fact that paying for a new crown and set of chimney caps and seal now is much less expensive or messy than paying for a whole new chimney.

When Should I Change a Chimney Crown

A chimney crown is a protective cap on top of a chimney that helps prevent soot and other debris from entering your home. Over time, a chimney crown can become damaged and need to be replaced. Here are four reasons why you might need to replace your chimney crown: