How To Block A Chimney - Washington DC Chimney Experts

How to Block a Chimney

Before you block off your chimney, consider this first. You’re going to have premature deterioration of the masonry because it can’t breathe. Bricks and mortar that stay too damp for extended periods don’t do as well as chimneys that have air flowing through them.

Is it safe to block a chimney?

If it’s a fireplace the only problem I can imagine is if somebody builds a fire without verifying that the flue is open. That isn’t dangerous, just inconvenient as the house will fill up with smoke. The real danger is if there are gas logs in the fireplace. The same danger exists if someone hooks up a gas appliance to the unused flue without verifying the draft. You’d think that would never happen, but it happens all the time. In these cases, there is genuine danger to life from CO poisoning.

All this said, and since I know you’re going to do it anyway, below is the lowdown so you can block off that unused chimney. I’ll just ask one more question: Why do you want to block the chimney- is it to prevent a draft or is it because it’s unused and you just want it closed? 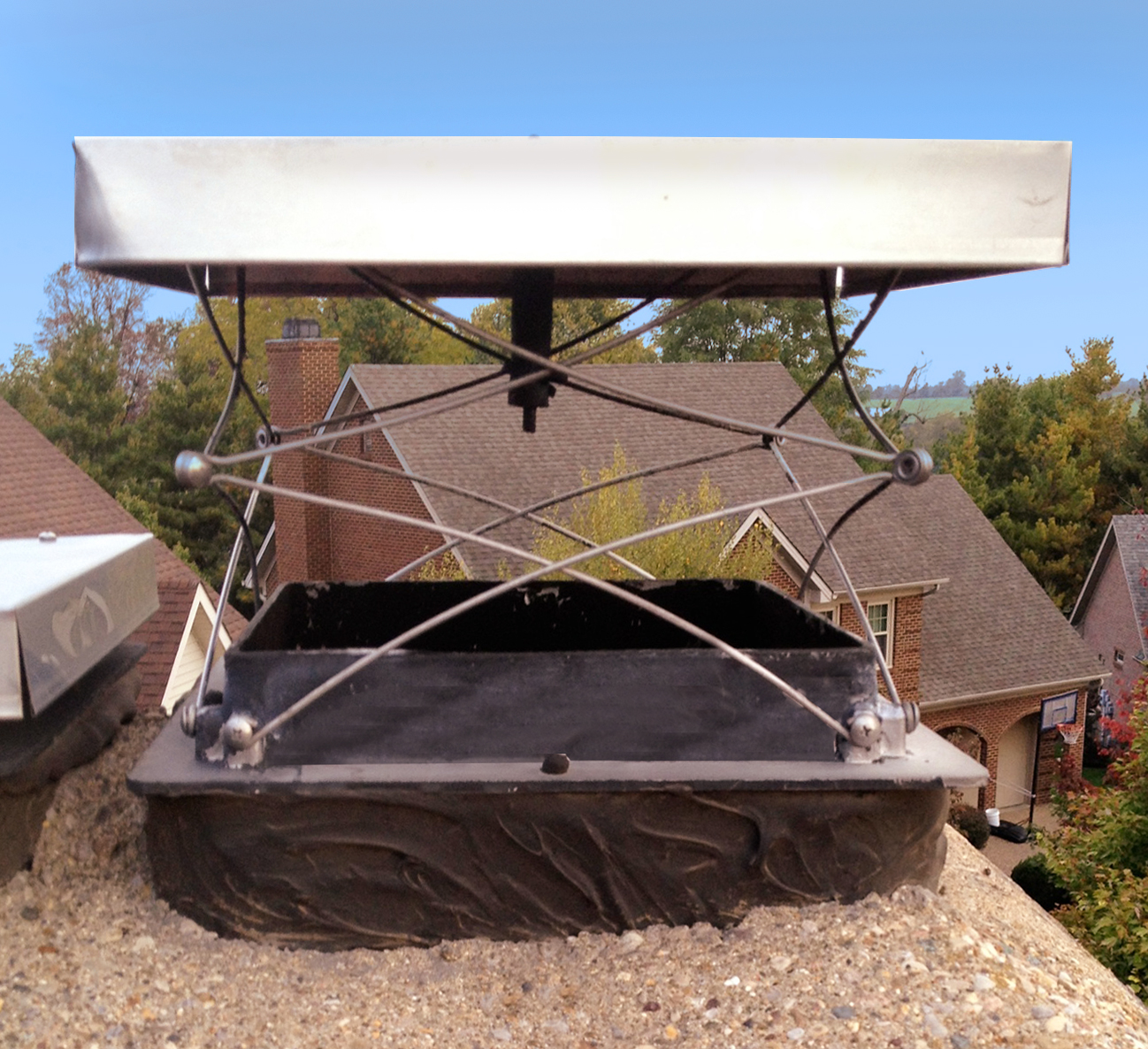 How to temporarily block a chimney

If you want an easy way to temporarily block and unused fireplace flue to stop a draft, you should consider installing a top sealing damper. This way you (or the next owner) have the option to have it open or closed at will.

How to permanently block a chimney

If you want to permanently block a chimney, the extreme solution would be to brick up the front of the fireplace or chimney breach, tear down the chimney top and reroof over that. There was a lot of this done to old houses, probably in the era when they introduced central heat, but I never hear of it anymore. In fact, there’s a lot of work out there in re-opening those old fireplaces and chimneys!

What most people are actually going to do is simply make a little “pan” out of of galvanized metal (though stainless steel would be a much better choice) which will fit over the top of the flue tile (chimney top). They’ll make it fit closely and maybe about one inch down over the sides. Put it on over a bead of silicone along the top of the tile and there’s the simple solution.

If your chimney is unlined, you don’t have flue tile, so the above solution will not work. The solution is very similar, but your “pan” will cover the whole chimney top. This is technically a chase cover and not something you want to make at home. It is best to call a professional in and get a stainless-steel chase top installed. Those usually have about a 4” drop over the sides.

If you have a B Vent gas flue, commonly just called a chimney vent, or a masonry flue that starts in the basement (the idea being that it’s likely to be used to vent a central heat appliance) I would advise you NOT block off a vent from above. In this case I strongly advise you to block off the flue from below. Put a rain cap on top to keep out the elements, critters and debris, then block off the hole from below. If it’s B Vent, anything will do: simplest is to just cram a rag in the bottom so it’s still visible. With masonry, close it up with bricks and mortar, or put debris in it and plaster it over with refractory cement.

My closing thought is that, in the balance, a non-permanent solution is better than a permanent one. Keeping your options open is usually the better plan.