Reasons your chimney should have a cap 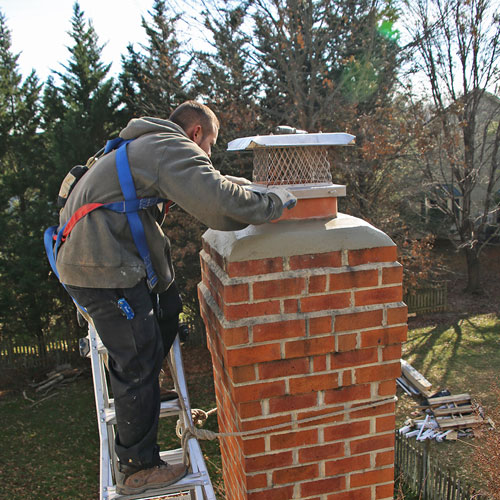 A properly fitted chimney cap serves several purposes, all of which allow your fireplace and chimney to run safer and more efficiently. There are three primary reasons you should have a cap on your chimney:

Keep rain out of the flue: Chimneys and water don’t mix, and water getting down into the flue can cause all kinds of problems. Water damage is one of the main causes of a leaky chimney.

Keep obstructions out of the flue: Leaves, twigs, air dust, nests of small animals like birds and squirrels, and the animals themselves when they die inside the flue unable to escape – all of this debris creates a drafting obstruction. Smoke that can’t draft properly often backs up into the house and carries with it deadly carbon monoxide.

Prevent live sparks and embers from escaping the top of the chimney: A good chimney cap serves as a blocker for fiery embers that could pop out of the chimney and land on your roof. Any kind of chimney cap will serve these three purposes. But only one kind of cap will offer you all the protection you need.

Benefits of outside mount chimney caps

Outside mount caps are custom-built to exact sizes to fully cover the top of the chimney. These caps completely shield the chimney crown as well as the flue pipe opening. Some people might say, “But chimney crowns are made of cement. Why do they need protecting?” 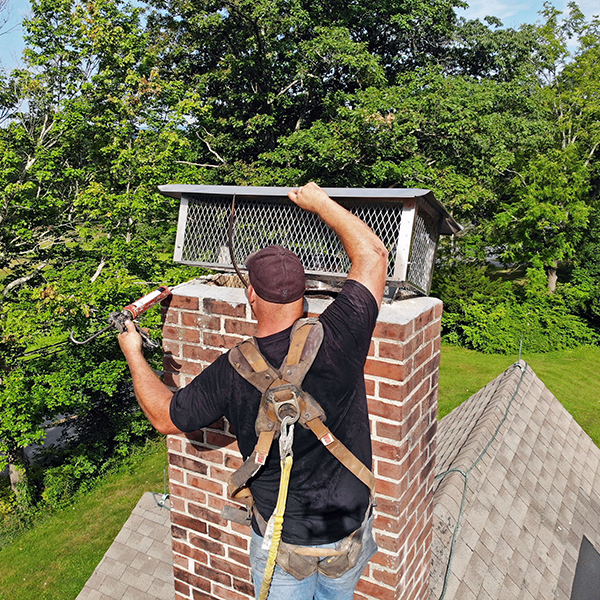 They need protecting because many events can cause them to crack and become vulnerable to extensive water damage. A cracked chimney crown will bring in water, which will expand in freezing temperatures and further break apart. Crowns with significant damage allow water to get down to the bricks below them and begin new levels of decay to the chimney structure. An outside mount chimney cap shields any cracks that might exist in the crown from the damaging effects of rain and snow. If cracks in the crown are discovered during a chimney inspection, your chimney repair tech can easily remove the full-size cap to repair the crown. A less-critical benefit but one that’s important to a lot of homeowners is the stylish design of an outside mount cap. These custom components can be made to look like classy little rooftops above your chimney and add a little ambience to your home’s exterior.

Partial or complete protection: the choice is yours

In comparing the different types of chimney caps, what you’re really comparing is the difference between partial and complete protection. When it’s time to install a chimney cap or replace one that’s damaged, you’ll be best served by going with a strong new outside mount chimney cap for total protection. High’s Chimney Service of Gaithersburg, MD, installs custom full-cover chimney caps throughout the DC area and communities within Maryland and Virginia.

Call us first for all chimney component installation, chimney cleaning, chimney repair and chimney inspection services. Talk with an expert at (301) 519-3500.