Chimney Anatomy: What You Need to Know About Your Chimney's Build

Chimney Anatomy: What You Need to Know 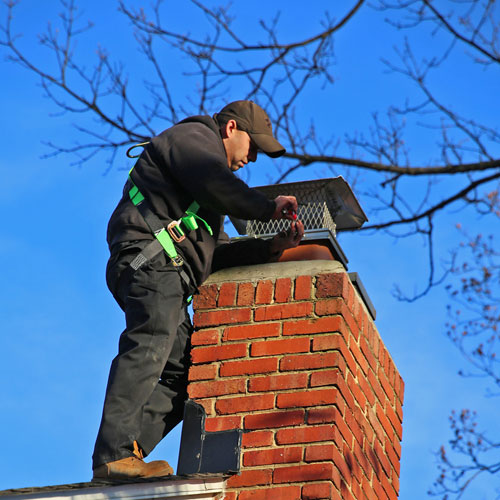 To look at a chimney, it doesn’t appear that very much is going on. It’s just a vent system that allows smoke to leave the firebox and be sent into the outside air. This is a good description of how chimneys work. But for them to work efficiently and safely, many components must conspire and work together correctly. Here is an overview of basic chimney anatomy.

Chimney dampers are located just above the firebox and have an open and closed function to regulate air flow. There are also top-sealing dampers that go on the top of the chimney. Dampers must be fully open during a fire to produce the correct amount of air flow and drafting. When the fireplace is not in use, chimney dampers should be sealed tightly shut to prevent the transfer between interior and exterior air as well as to keep possible debris and small animals from entering the home.

Located between the firebox and smoke chamber (see below), the smoke shelf’s job is to collect any rainwater or debris that may have entered the chimney. The smoke shelf also helps to prevent downdrafts from sending smoke and toxins into your home.

The smoke chamber is found just above the damper and smoke shelf and acts as a conduit for taking smoke from the firebox up into the chimney. The surfaces of the smoke chamber should be smooth to allow efficient drafting. If surfaces become rough with age, drafting can be impaired and excess flammable creosote can begin to build up, further hampering drafting. It is estimated that about 60% of chimney fires start in the smoke chamber.

The flue is the inside of the chimney, the narrow vent path running from the smoke chamber to the outside of the home. For safety, many flues contain chimney liners, or flue liners, to channel smoke out of the home and protect the masonry of the chimney from dampness, acids and intense heat.

The majority of chimney liners are made from aluminum, stainless steel, clay tiles or poured-in-place masonry. A clean liner that’s in good repair will efficiently vent smoke and toxins out of your firebox and into the outside air. Damaged liners can lead to a chimney fire and the decomposition of the bricks and mortar that make up the chimney. Damaged liners also are more likely to hold buildups of creosote, which can ignite and start a fire.

Chase tops serve as a protection against rain and moisture. These components usually are standard equipment for factory-built chimneys and are rarely seen on masonry chimneys. 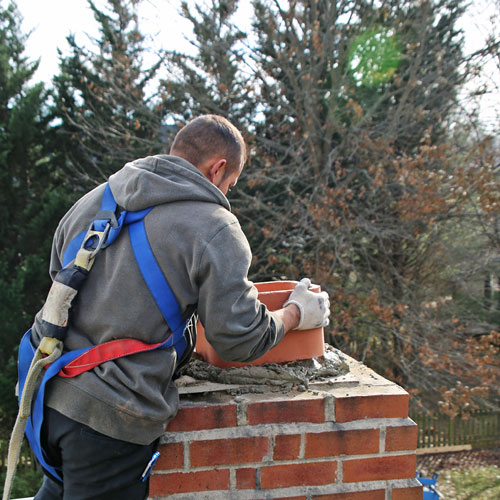 Chimney crowns are cement structures that serve as a top covering for masonry chimneys, sealing off the entire area except for the flue pipes. Chimney crowns protect the chimney’s bricks and mortar from rain damage.

The chimney cap sits atop the chimney and acts as a guard against rainwater as well as infiltration by various debris including twigs and leaves from nearby trees as well as small animals like squirrels and rodents, who like to build nests inside chimneys. Chimney caps have mesh sides, which allow smoke to draft while keeping outside elements outside where they belong.

As you can see, chimneys and their components all work together to allow you to operate your fireplace safely and confidently year after year. The only way to ensure that your chimney is in tip-top shape is to schedule yearly inspections and cleaning from a CSIA-certified chimney sweep.

If it’s time for a thorough inspection or cleaning for your chimney, contact Highs Chimney Service of Gaithersburg, MD, at (301) 519-3500. Our only goal is your complete satisfaction and safety.