Architecture and Chimneys in Bethesda, Maryland

Bethesda, Maryland is constantly gracing a top cities list. Whether it’s for education, income, or best place to live, Bethesda gets a fair share of attention for the quality of life held there. Bethesda also offers a lot of great houses to discovery. From stately colonials to charming bungalows, Bethesda has a plethora of beautiful houses.

At High’s Chimney, we’ve been happy to perform chimney service in Bethesda such as chimney cleaning, duct cleaning, and fireplace installation. Our work has allowed us to work on many beautiful and unique houses, though over the past year we got to experience two styles not often seen around Maryland: Arts and Crafts and French Countryside style homes. 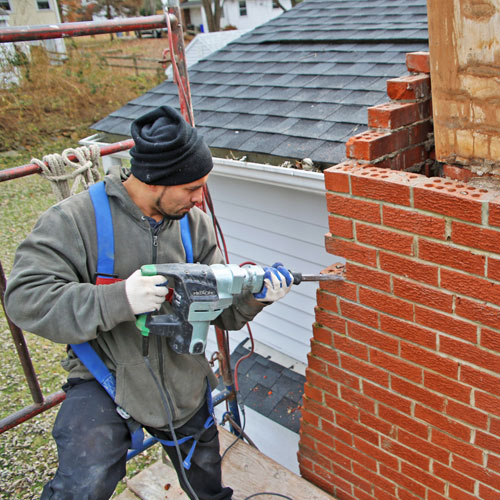 Arts and Crafts style homes have an abundance of chimney options, though many use a decorative masonry chimney on the outside of the home.

French Countryside homes are generally sprawling buildings built low to the ground, with steep pitched roofs. They’re often made from light colored bricks. The grounds are usually meticulously landscaped, with decorative trees and shrubs giving the impression of the country no matter the location. Inside, the homes tend to be bright. White walls and cabinets give the rooms plenty of light, but well placed natural woodwork helps offset the starkness of white to give the space a natural, almost summery feel.

French countryside homes also tend to have masonry chimneys on the outside of the home. Due to the sprawling nature of these homes, many have multiple fireplaces. What’s more old world than enjoying a glass of wine in front of the fire?