Architecture and Chimneys of Potomac, Maryland

Potomac, Maryland is perhaps best known for the stars that have called it home. Wolf Blitzer and Sylvester Stallone hail from this affluent town, while Arnold Schwarzenegger has a part time residence in this idyllic town. While Potomac might be best known for its star studded streets, it also has a wealth of architecture to discover. When we’re in Potomac, chimney cleaning or doing annual chimney maintenance, we can’t help but admire the homes we work on. Here are some of our favorites. 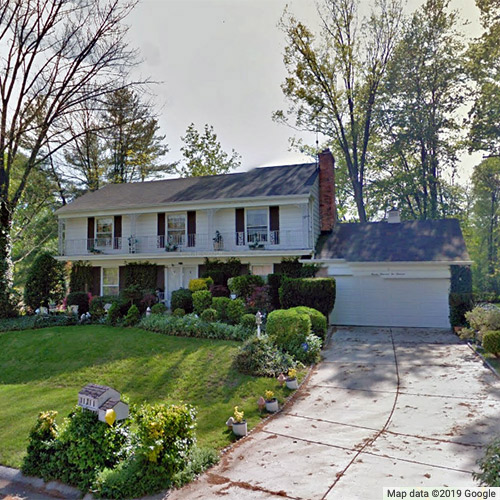 The architecture of the Georgian colonial goes deeper than outer appearances. Traditional Georgian Colonial homes have defined rooms, specifically a living room, dining room, and family room. Bedrooms are typically on the second floor. Georgian colonial houses are known to have one or two large chimneys. As colonials tend to be large houses, in historic times this meant the need for multiple fireplaces throughout the home, which led to the dominance of two chimney houses. These are traditionally masonry chimneys to match the exterior of the rest of the home.

Ranch
Ranch homes have a bad rap in modern culture, but the original ranch homes were actually high-end architecture. These were the first modern-influenced houses made easily available, and they were coveted for their non-traditional floor plans, open interiors, and modern design. As they became an element of tract housing, their popularity declined.

While tract housing may have curtailed the popularity of the ranch house, many original ranch houses are actually bursting with personality and architectural intrigue. Ranch houses are known for their close to the ground profile, minimalist decorative pieces built into the architecture, and clean lines. Ranch house chimneys tend to also be minimalist, often little more than a factory built chimney extending above the roof line with a protective chase.

Modern
Modern homes are hard to define accurately. Made popular by the wildly successful architect Frank Lloyd Wright, modern architecture plays largely on using simplified architecture to create visual interest and decoration, while keeping a minimalist feeling to the building. Modern architecture relies heavily on the use of geometric shapes in causing visual interest. When looking at a modern home, you might more easily see it as a conglomeration of shapes than as one solid unit.

As part of the appeal of modern architecture is freedom of design, modern homes can vary greatly. The use of metal and glass is one of the most recognizable aspects of modern architecture. Poured concrete is also often used, but traditional approaches using masonry and wood work are unlikely, though Frank Lloyd Wright broke this rule in his creation of the Robie House.

Chimneys in modern houses tend to be factory made chimneys, often displayed without a chase or cover, allowing the minimalist metal exterior of the chimney visible as it is similar to the modern aesthetic. As cold air can negatively affect the function of an uncovered chimney, care must be taken in installation and maintenance of uncovered chimneys.