Architecture and Chimneys in Rockville, Maryland 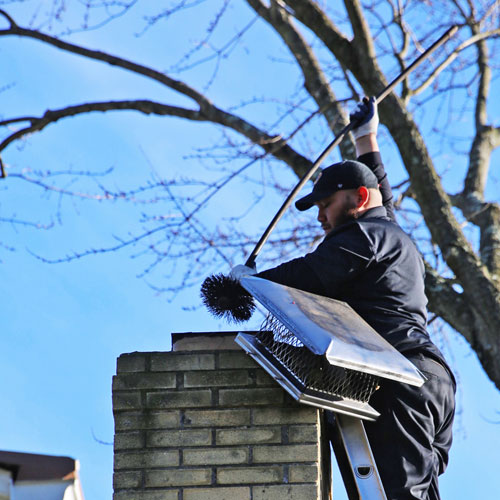 Rockville, Maryland is perhaps best known for being on the interstate 270 technology corridor. This area contains many software and biotechnology companies, as well as some government buildings. Tucked behind this technological corridor, however, is a wealth of history. Rockville has grown considerably since its early days as “Owen’s Ordinary Inn”, and through the years the area has been filled with beautiful houses. When we’re out doing chimney cleaning in Rockville, we love to see the architecture the area boasts. Here are just some of our favorite house styles that can be readily seen in the area.

Cape Cod
Cape Cod cottages aren’t plentiful in Rockville, but we’re always excited to get to see one. Cape Cod cottages were first constructed in New England during the 17th century. The cottages are traditionally made low to the ground and broad, with a steep pitched roof. This design was meant to help Cap Cod houses weather the stormy northern coast. Due to the steep pitched roof, these houses are generally one and a half stories tall, and because of the weather the frame was built with little ornamentation.

As modern construction negates the need to small, low to the ground houses to withstand inclement weather, the Cap Code cottage has evolved over the years. No longer small boxes, modern Cap Cod homes add addition wings to the traditional-sized cottage. Also, many are fully two stories tall, allowing plenty of space for the family to spread out.

Unlike most homes, Cape Cod cottages are known for having a central fireplace, with the chimney emerging from the center of the roof. This is often a masonry chimney, and extends high enough to be easily visible.

Split Level
Perhaps the only architectural style more maligned than the ranch is the split level. There’s some poetic justice in this; split-level homes evolved as a compromise between small cottage homes and “expansive” ranch homes. By offsetting three small stories, architects were able to produce plenty of living space without much of a footprint, and with greater accessibility than a traditional three story home.

Some might cast split level homes in a dim light, but we’ve had the pleasure of working on many beautiful split-levels. While endless tracts of split-levels might not be visually stimulating, it’s what the owner brings to the table that transforms a building into a home.

There are many types of split level homes. From stacked splits to raised ranches to split entries, split level houses tend to run the gamut. Many homes showcasing modern architecture are technically considered split-levels, but would look more at home in “The Jetsons” than “The Brady Bunch.”

Traditionally split-level chimneys run up an outer wall of the building, though sometimes they are central to the house. Masonry chimneys and chase covered factory chimneys are equally common among split level homes. 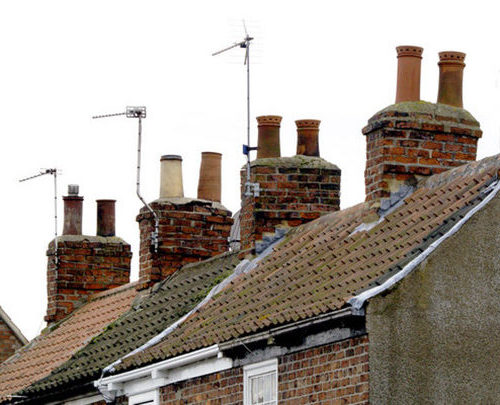 Cottage
While cottages were once meant to denote small, cozy dwellings in rural areas, cottages are now a common site in major cities. These homes try to carry over the cozy appeal of their rustic cousins, while allowing for the comforts people expect from a modern home. Rockville has some superb examples of modern cabins that have the charm of the old world.

Cottages are generally earthy in tone and built low to the ground. Cottages, unlike most modern house styles, have few guidelines that separate them from another type of home.
For example, it would be easy to build a home that is both a ranch and a cottage.

Perhaps the most recognizable incarnation of the cottage home is a rustic looking home with one and a half to two stories and an angled roof. While traditional cottages were made using natural building materials, modern cottages may be built with a variety of man-made equipment such as vinyl siding. A proper cottage, however, strives to appear earthy. Thus, you might see wood toned vinyl siding on a cottage, but should it have bright white vinyl siding it would likely not be viewed as a cottage.

Traditional cottages tended to be small with a central fireplace, ensuring even heating throughout the house. This practical decision has turned into an aesthetic one, with most modern cottages sporting a central chimney, with a masonry chimney seen just above the roof line in the center of the roof.