What Signs To Look For When Checking Your Chimney For Damages? 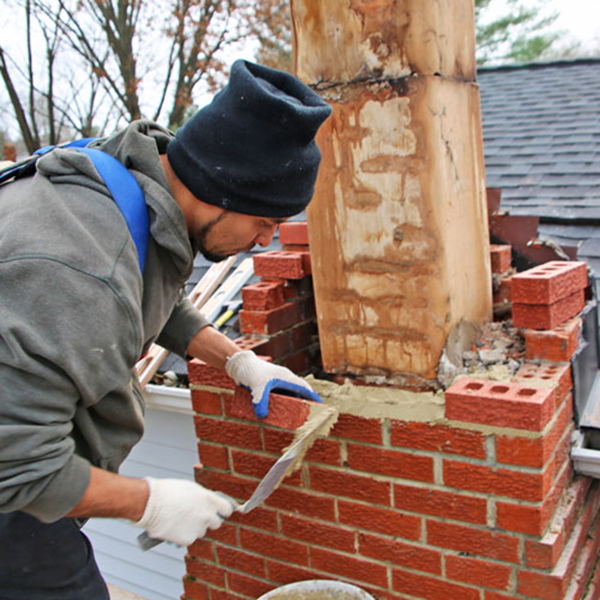 A fully functional chimney is a safe chimney. A damaged chimney can be dangerous. Fortunately, you can spot many signs of chimney damage and arrange for the necessary repairs before the problem gets out of hand. Here are four areas of chimney damage/chimney issues to be on the lookout for.

Water in the firebox: If you see water inside your firebox, likely it means there’s a leak somewhere in the system.

White stains on masonry: White stains (efflorescence) are caused by naturally occurring salt and mean that water is getting into the masonry.

Foul smells coming from the fireplace: Excess moisture inside the flue often is caused by a leaky chimney. Moisture mixes with soot and creosote and produces strong odors.

Leaning chimney: If a chimney has begun to lean to one side, it indicates a significant level of damage that needs to be addressed before using the fireplace again.

Missing bricks: When bricks fall completely away from the chimney or parts of the bricks are missing, water damage is often the reason.

Black staining at the top of the chimney: This could be caused by the excess, thick smoke produced by a chimney fire.

Damaged chimney cap: Any compromise to the vented areas of a chimney cap mean that unwanted obstructions could get into the flue and cause drafting issues.

Cracks in the chimney crown: Crown damage commonly begins with small cracks, which expand over time due to freeze-thaw cycles. Water inside the crown structure eventually can destroy it.

Flashing problems: The flashing that blocks the gap between the chimney and the roof should be flat and secure in order to keep water from running down into the home. Warped or deteriorated flashing needs to be replaced.

Chimney liner damage: If the chimney liner begins to break apart or degenerate, you may notice pieces of it in the firebox. You also may be able to visually see some parts of the liner to determine if damage is present. 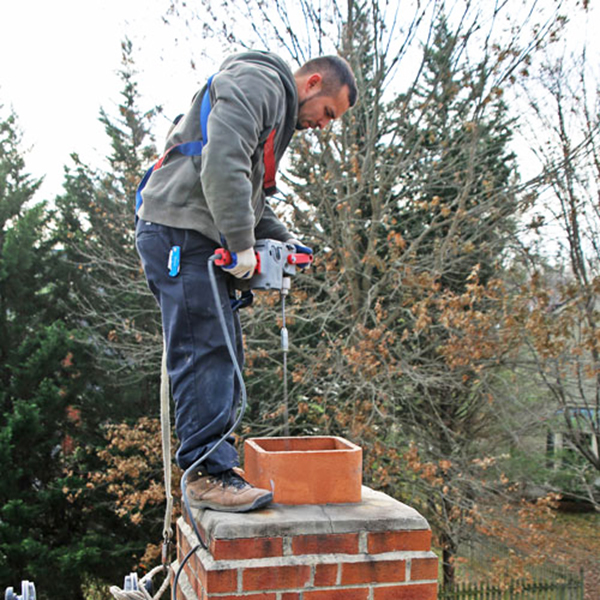 Issues inside the flue

Aside from what’s listed above, two serious issues can take place inside the flue.

As a homeowner, you can keep a close eye on your chimney and its components and be able to tell when something is wrong. However, your “novice” inspections are no replacement for professional chimney inspections performed by certified technicians. If you watch your chimney and schedule annual inspections by a pro, you’ll be taking a big step toward keeping your chimney safe and running optimallyHigh’s Chimney Service of Gaithersburg, MD, provides everything you need for a safe chimney including certified chimney sweep, professional inspection and expert repair services. Call (301) 519-3500 with questions or to schedule an appointment.