Why Does My Fireplace Smell? - DC Area Fireplace Inspection

Why Your Fireplace is Smelly 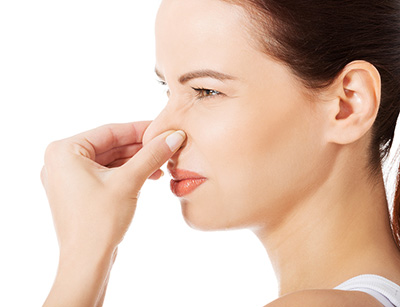 Have you been dealing with an odor in your home that seems to be coming from your fireplace and chimney?  The good news is that putting up with bad smells doesn’t have to be a part of your fireplace experience.  First you need to identify what the root of the problem is; and from there, you should be able to get rid of the odor for good. There are four basic kinds of problems which could be causing your fireplace to stink, and they are:  Animals/birds, excess moisture/mold, creosote, and negative air pressure.

Burning wood in your fireplace naturally results in creosote deposits in the chimney, though you’ll have less creosote buildup if you burn wood with low moisture content.  Excessive deposits of creosote can work their way into flue tile joints so that even after having your chimney cleaned, there’s an odor of burnt wood.  Humid air mixed with the creosote during the summertime is usually what causes the smell.  A damper which closes at the chimney top and operates with a pull chain cord can help to solve this problem by preventing outdoor drafts from carrying the odor into your home.  When it’s burning season, simply keep the top damper open.

If you don’t have a chimney cap or if animals have chewed through the screen on your chimney cap, it’s very possible that creatures have taken up residence in your chimney.  Animals cause a variety of odorous problems.

Sometimes, creatures climb into a chimney and then can’t get out.  As a result, they slowly die, the body decomposes, flies enter the chimney, and a very strong odor permeates the chimney and enters into your home for up to eight weeks.  Call your trusty chimney sweep to remove the dead animal, if you want to get rid of the odor sooner rather than later.  While the chimney technician is there, go ahead and get a chimney cap installed or have your existing cap repaired. 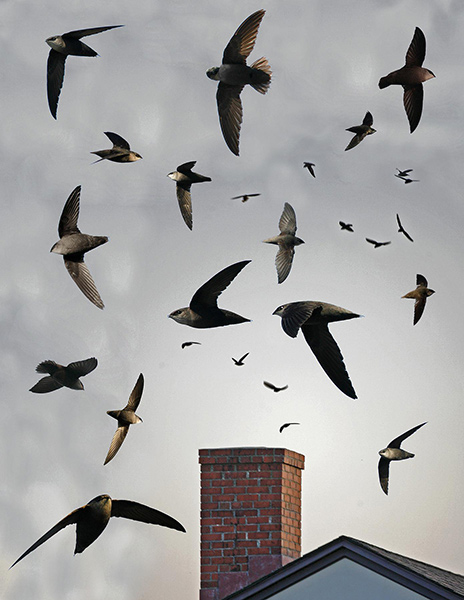 Sometimes the smell in a stinky chimney comes from animal defecation.   Raccoons, for instance, often live in chimneys; and when they have babies, too, the accumulation of animal poop becomes a real problem.  It’s as though your chimney becomes a smelly sewage facility.  Get help from a chimney specialist to remove the animal(s), and secure your chimney cap, to prevent the problem from occurring again.

Usually when you hear birds in your chimney, it means that chimney swifts have nested in your chimney.  These birds are protected by the federal government, and there is a $10,000 fine for removing them.  You’ll have to wait until the migratory birds move on before you can deal with the bird droppings.  Be aware that it’s possible to get a very serious lung disease called histoplasmosis from bird droppings.  Allow a chimney technician to deal with the situation; they will know to use gloves and respirators
for cleanup.  A chimney cap will prevent a recurring chimney swift problem.

When a chimney develops a leak, mold begins to grow.  Mold is a serious health problem and can create terrible odors.  The mold needs to be removed, and the chimney needs to be properly sealed to prevent further leakage.  Talk to your chimney professional about waterproofing your chimney.

Negative air pressure pulls air from your chimney into your home.  Whatever odors are in the chimney will also enter your home.  A change in air pressure can be caused by clothes dryers, kitchen and bathroom exhaust fans, windows, and other home improvements.

You may need to provide outside air to combustion appliances, to solve the problem.  Other steps you can take are:

When smells enter your home through the fireplace, you can’t find a better friend to help than a professional chimney sweep.