What's Causing My Chimney To Start Leaning & How Can I Fix It?

What it Means When Your Chimney Leans

Chimneys should stand straight up and tall, never pitching to one side. If you’re noticing that your chimney is leaning, it may mean that there’s damage to the chimney itself or the footing beneath it. Because it’s not always easy to tell just by looking that a chimney is leaning slightly, here are some signs to look for.

Leaky chimney: A chimney that leans could also be leaking through cracks in the bricks or mortar. Often a leak is the first clue.

Loose bricks: Bricks that are loose or decaying along with deteriorated mortar joints and crumbling around the base of the chimney are all signs that your chimney may have started to lean or soon will. 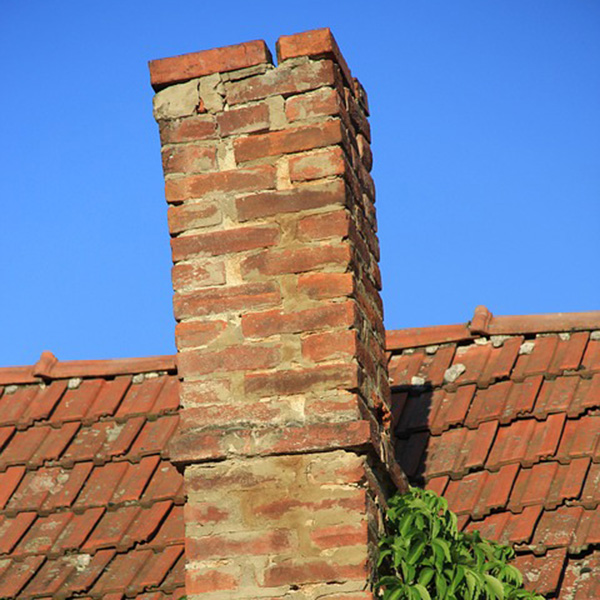 Caulking in the gaps: If there is caulking filling spaces between the exterior walls of the home and the chimney, the previous owner may have been trying to address the gaps caused by a leaning chimney. (You may also notice unfilled, open gaps.)

Flashing issues: If the flashing strips that seal the gap between the roof and the chimney are dislodged, it may mean that the chimney has moved. These and any other signs of a leaning chimney should be evaluated by an experienced chimney sweep/chimney inspector.

The key to solving any chimney problem is discovering what’s causing it. Chimney inspectors can determine the cause of a leaning chimney and recommend the best solution. Here are five

Depending on the severity, normal house-settling and foundation-settling can cause a chimney to lean.

Chimneys at older homes sometimes were built without a solid concrete footing, which can lead to a leaning chimney.

If your chimney’s footing wasn’t properly reinforced, it may start to crack and cause the chimney to lean.

The footing should extend at least six inches beyond every side of the chimney structure. Additionally, a footing that was built too shallow is prone to cracking and shifting under the chimney. (Note that any footing built of inferior concrete is much more likely to crack over time.) 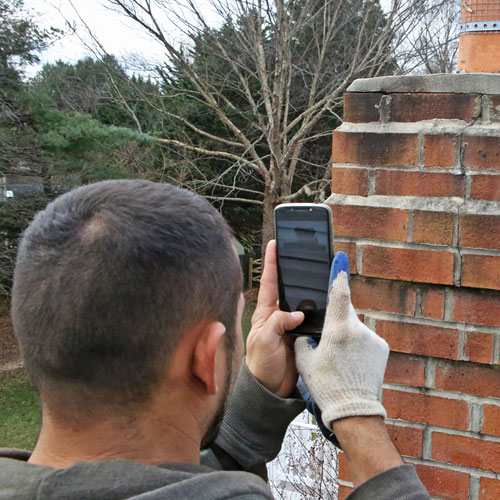 When the soil beneath the footing is too loose to bear the weight, shifting can result in a tilting chimney. Aside from the issues mentioned above, earthquakes, major damage from a chimney fire and an improperly built chimney can lead to a leaning chimney.

If you know or believe that your chimney is damaged, your first action should be to call out a CSIA-certified chimney inspector. Only through a proper inspection will you be able to spot early signs of damage and address the issue before a costly and dangerous problem arises. Inspectors who carry certifications through the Chimney Safety Institute of America will examine the entire chimney structure and its components. If damage within the flue is suspected, they will use video imaging technology to allow them to see exactly what’s going on and suggest the best chimney repair work to fix it as quickly as possible. Are you living with a leaning chimney or other forms of chimney damage? High’s Chimney Service of Gaithersburg, MD, provides expert chimney inspection, chimney repair and full-service chimney sweeping. We’ll help you keep your chimney safe and efficient all year long.