How Many Things Can You Put On One Chimney? Or Multiple Appliance Venting

Let’s start with a few definitions.

A chimney is a structure that has one or more flues in it. 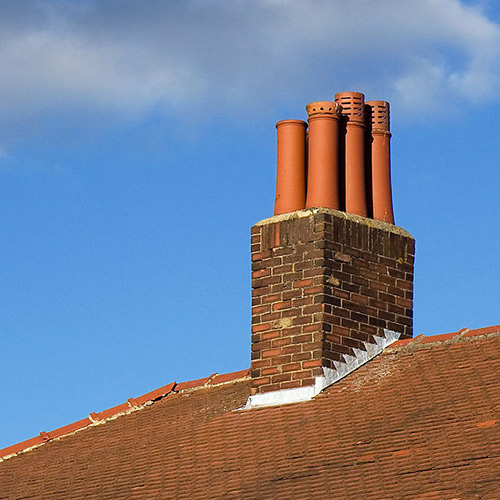 How many appliances can you have per chimney?

The rules are found in various NFPA standards and in the IRC (International Residential Code.) This article is general in nature but for those who want to drill down into the details, most of the information can be found in IRC chapters 10, 13, 18 and 24.

Solid fuel includes coal or corn or cherry pits, but for most of us that means cord wood or pellets. The rule here is easy and clear.

IRC M1801.12 Multiple solid fuel prohibited. A solid-fuel-burning appliance or fireplace shall not connect to a chimney passageway venting another appliance.

In other words, only one appliance per flue, period. It goes without saying, I hope, that gas or oil appliances cannot be vented into a flue which also vents a solid fuel appliance. EVERY SOLID FUEL APPLANCE GETS ITS OWN VENT!

How about hooking up a woodstove into an existing masonry fireplace flue?

That’s OK as long as:

Gas fireplaces are factory-built systems. The manufacturer’s listing and instructions will preclude attaching any other appliances to it.

Multiple gas or oil furnaces or boilers, as well as hot water heaters, can be vented into one flue. There are a few rules to mention:

The NFPA 54 (Gas) and the NFPA 31 (Oil) show diagrams in great detail, and cover sizing the connectors as well (connectors are the smoke pipes that carry the fumes from the appliance to the chimney flue.)

Read another helpful article by the American Society of Home Inspectors.