Why Get My Chimney Cleaned? - Certified Chimney Sweep In DC

Top 3 Reasons to Sweep your Chimney

If you need to cut corners on your home maintenance, your chimney and fireplace are definitely NOT the place to do it. Before using your fireplace, you must make sure that it is clean and safe to operate.

The National Fire Protection Association (NFPA) recommends that you have your chimney cleaned and professionally inspected at least once a year. There are many good reasons to clean and inspect your chimney, but here are the top three: 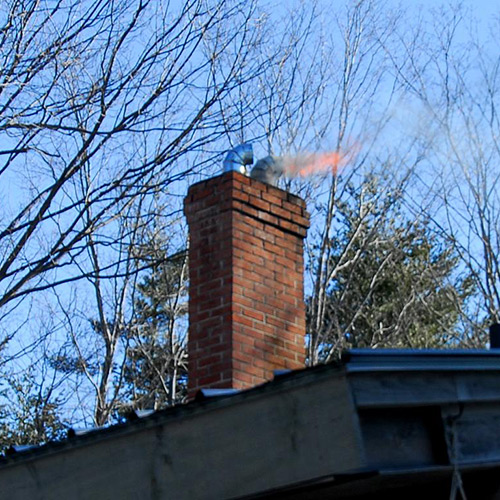 1. To Prevent a Chimney Fire

Trust us—you DO NOT want a fire in your chimney. A chimney fire can be quite spectacular—with loud popping and cracking sounds, lots of dense smoke and a strong, hot odor. But chimney fires aren’t always dramatic enough to alert the neighbors. Sometimes, they burn slow and aren’t even visible, but they still reach high temperatures and can seep into the walls of your house and ignite anything flammable. Flames from a chimney fire can quickly spread into the walls or onto the roof of your home and cause massive devastation, if not the total destruction of your home. It is a nightmare scenario, but one that can most likely be avoided with proper care and maintenance of your chimney.The most common cause of chimney fire is, simply, a dirty chimney. Over time, chimneys will become clogged with creosote, a natural, tar-like substance that is a by-product of burning wood. Creosote is black or brown in appearance and, over time, it builds up and leaves a glazing inside your chimney. This glazing is highly combustible and it can take only a small amount to start a fire. Restricted air supply is one of the factors that contribute to the build up of creosote, another reason it is important to clean your chimney regularly.

2. To Protect Your Health

Musical comedian Weird Al Yankovic is known for his humorous songs about pop culture icons, but there’s nothing funny about the way his parents died. In 2004, the Yankovics were found dead in their California home, victims of an accidental carbon monoxide poisoning from burning wood in their fireplace. Breathing the fumes from gas or solid fuel fires can be dangerous or fatal.

Carbon monoxide (CO) is produced whenever fuel is burned. Even at low levels, CO can cause headaches, dizziness, nausea, confusion and fainting. A blocked chimney or a chimney with an improperly functioning flue can cause a buildup of this dangerous gas. CO is responsible for thousands of deaths in America each year, and many of these poisonings are caused by blocked chimneys. This is why it is critical to have your chimney examined and swept to make sure your flue is clear before using the chimney.

When a chimney is not regularly cleaned, soot will accumulate around the flue. This makes it difficult for the flue to draw the smoke upwards and can cause the smoke to enter your room. This soot will leave a black film around your hearth and soil any furniture, carpeting or decorations nearby. Sometimes, smoke can even cause black staining around your chimney, which can be difficult or impossible to remove.

When you cut corners with chimney and fireplace maintenance, you are literally playing with fire. The good news is that the risks described above are completely preventable. Be sure to have your chimney cleaned and inspected by a certified chimney professional at least once a year so you can enjoy safe use of your fireplace for years to come.