Weirdest Things Found in Chimneys in 2013

At High’s Chimney, we’ve shared just about everything there is to know about the chimney business, including a few bizarre stories (criminals, chimney accidents, etc.).  You’d be surprised what chimney sweeps find in their line of work!  A few odd tales have come down the pipeline in 2013 alone.  So what’s made sweeps around the world stop and do a double-take lately?  Let’s see… 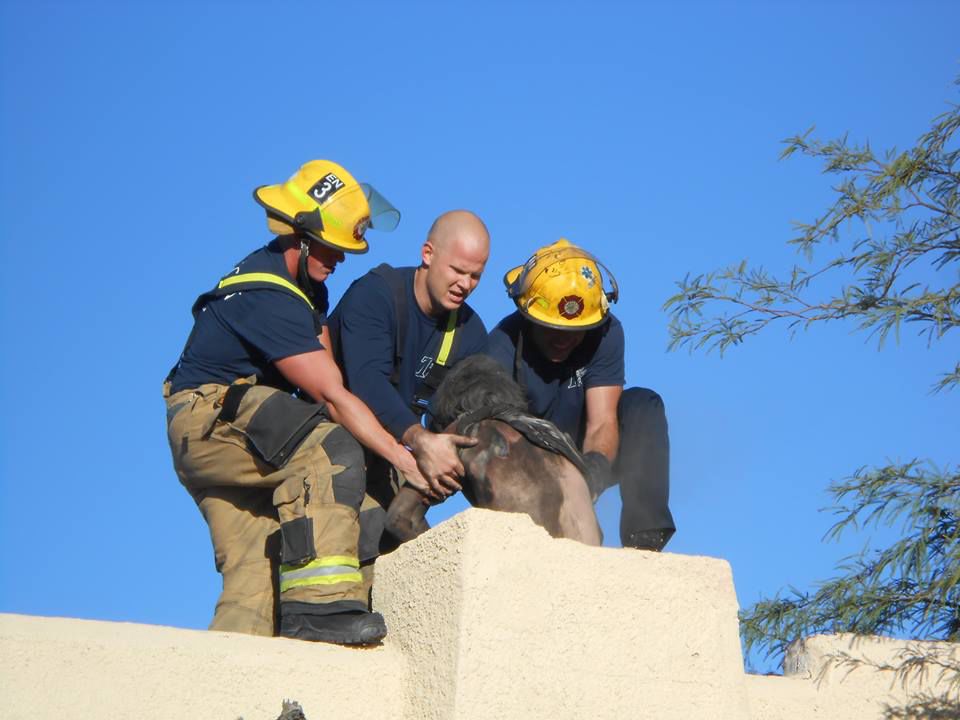 It’s great to be able to say that your grandma loves your friends like family.  Unfortunately for a woman in North Hills, CA, her trust was misplaced.  Pat Hawkins always treated her grandson’s friend like one of her own, but after the 16-year old was found stuck in her chimney in August, she’ll likely be more careful.  The boy managed to make it 10 feet down into the structure, a plan LAPD claimed was executed in attempt to burglarize grandma, before becoming stuck.  The teen was only trapped for around 30 minutes, leaving him relatively unharmed, but emerged from the chimney in supposed victory, waving to cameras.  He probably wasn’t as eager when shown to his prison cell!

“Ma’am, you have a duck in your chimney.” 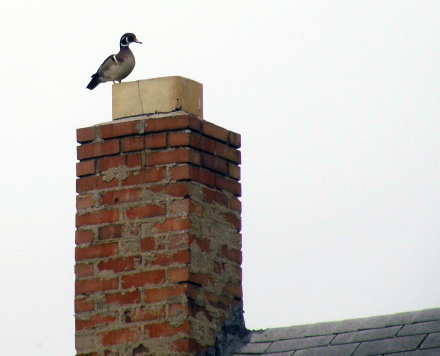 Back in June, Rhode Island woman Susie Cabassas scheduled a routine chimney cleaning.  The technicians who came out to do the job found the usual suspects—soot, ash, etc.  What Ms. Cabassas didn’t expect, however, was for her sweep to tell her, “Ma’am, you have a duck in your chimney.”  With some help from the homeowner, the chimney sweep on the job managed to get the duck out safe and sound, allowing it to tumble from the damper to a pile of ash at the base of the fireplace.  As Ms. Cabassas said herself, the animal became “one lucky duck,” having been swaddled in a towel and released outside by the chimney sweep after a quick photo op.  Lucky duck, indeed, as it was pure coincidence that the chimney cleaning was scheduled for that day!

There have been plenty of stories of burglars attempting to sneak into homes the Santa Claus way (like the one above).  A 39-year-old man in Berlin, Germany, however, doesn’t quite fit the bill.  In fact, no one really knew what to make of him when he was found nude, 30 feet down a chimney in January.  Some claimed that the unidentified victim was homeless or that he’d run away from a hospital, but no clear answers were found.  Police had a tough time rescuing him, and grasping onto a rope had failed.  Finally, fire rescue personnel succeeded in freeing who Reuter’s called a “mysteriously naked man” by drilling a hole in the structure to reach him.  Luckily the man was OK, however he’d lost consciousness prior to his rescue and had to be resuscitated and was described as having become very cold.

Truth be told, just about anything you can think of could get stuck inside of a chimney.  People, pests, objects…anything!  As chimney pros, we’ll never stop running into strange things, and it’s tough to surprise us. But once in a while a story is just too weird not to share!  Ever have your own unique encounter?  Share it with us in the comments below!